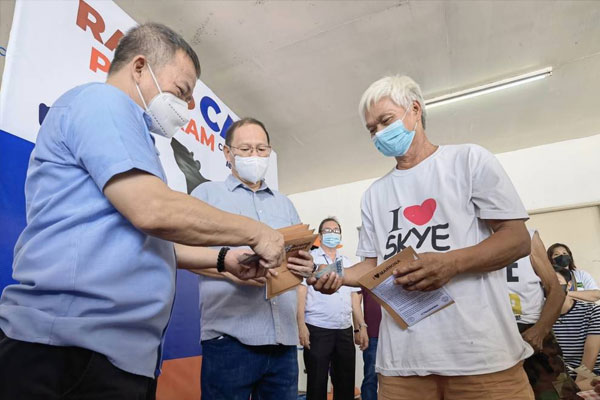 In time for the rainy season, Marikina citizens can once again surrender their captured rats to the City Environmental Management Office (CEMO) in exchange for financial rewards through the “Rat to Cash Program,” running from Sept. 14 to Sept. 16, according to a report by Manila Bulletin.
Launched in 2020, the Rat to Cash Program is an annual, seasonal project by the local government that aims to combat the spread of leptospirosis in the city.

According to the Department of Health (DOH), leptospirosis is a “bacterial infection that is spread through the urine of infected animals, especially rats.”

Along with the cash aid, they also gave free doxycycline, a “preventive medicine” against leptospirosis.

Citizens may bring their rats – either dead or alive – to the CEMO compound located at Gil Fernando Avenue in Barangay Sto. Nino, Marikina City from 9 a.m. to 4 p.m.

According to the CEMO, dead rats must be put in tightly-sealed plastic bags and containers.

Meanwhile, live rats who are in rat or mouse traps must also be put in a plastic bag or a sack.

At the site, CEMO personnel will check and weigh the rats.

Previously, the amount of cash rewards were based on the size and quantity of the rats surrendered. This year, however, citizens will be given P200 in exchange for their rats regardless of their size, said the CEMO.

Only registered Marikina City residents are allowed to join the program. As such, participants are required to bring a valid identification card (ID).

Once collected, the rats are put inside yellow trash bins that classifies them as infectious waste. Afterwards, the rats are exterminated in a humane manner by the CEMO.

Teodoro said the local government also provides trapping equipment or tools in order to encourage citizens to participate in the program.

They reminded the public to wear gloves and thoroughly wash their hands after handling the rats.

Teodoro noted there are only three cases of leptospirosis in the city, a reduced number compared to the eight cases recorded in 2021.

“Ginagawa natin ang programang ito para pangalagaan ang kalusugan ng lahat (We are doing this program in order to protect and care for the health of all),” Teodoro said.

Since the Philippine Atmospheric, Geophysical and Astronomical Services Administration (PAGASA) declared May 18 the start of the rainy season in the country for 2022, the city again contends with the health risks brought by torrential rains and perennial flooding.

Aside from its flood control efforts, the local government implements a way that incentivizes residents to be proactive in clearing their areas and helping to resolve the proliferation of rats in the city.

The program is one of the creative, and interactive ways in which the city aims to resolve the problems in their city.