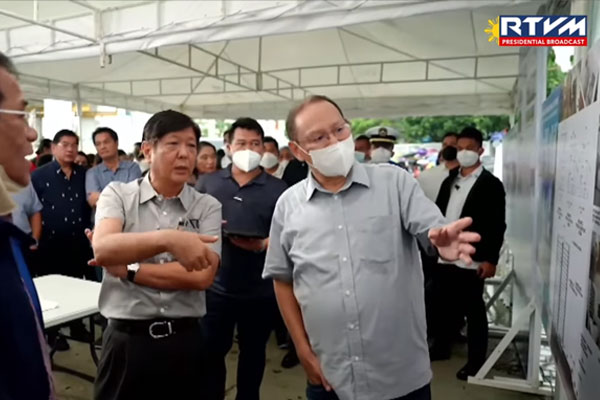 President Ferdinand R. Marcos Jr. led the inspection of the government's land development and housing project in Barangay Nangka, Marikina City on Friday, according to a report by Philippine News Agency.

According to a news release from the Office of the Press Secretary, the "Bagong Sibol" housing project, which is under the Marcos administration's Pambansang Pabahay para sa Pilipino: Zero ISF (Informal Settler Family) 2028 Program, is expected to benefit 10,000 minimum wage earners and city government employees.

The DHSUD said the project could create economic activities in 80 allied industries like cement, steel, and paint.

President Marcos has tasked the DHSUD to build one million housing units every year for the next six years. Under the PHP36-billion annual interest support from the national government, housing recipients will only have to pay the principal and one percent of the interest while the DHSUD will subsidize the rest of the interest.

The program also complements the administration's 8-point socioeconomic agenda, particularly on job creation and tapping the economic pump-priming potentials of the housing and real estate sector.

According to the DHSUD, around 1.7 million jobs would be generated annually through the administration's housing program.