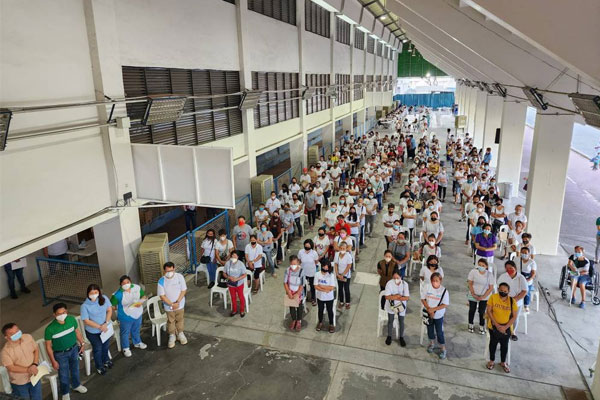 Marikina teams up with PhilHealth for ‘Konsulta’ program

The Marikina City local government continues to improve its local health services in partnership with PhilHealth and the Department of Health (DOH) as it lays the groundwork for universal healthcare in the city, according to a report by Manila Bulletin.

Participants of the event were introduced and oriented on PhilHealth’s “Konsulta,” the agency’s “primary care benefit package.”

According to PhilHealth Circular No. 2020-0021, the package is “paid per capita and covers a defined set of primary care health services based on their life stage, health risks, and needs for which all Filipinos are entitled to.”

These primary care services refer to “initial-contact, accessible, continuous, comprehensive, and coordinated care that is available and accessible at the time of need, including a range of services for all presenting conditions, and the ability to coordinate referrals to other health care providers in the health care delivery system, when necessary.”

Free PhilHealth membership cards were also given to residents of Marikina who are beneficiaries of the Pantawid Pamilyang Pilipino Program (4Ps).

To effectively implement PhilHealth’s services, eight health centers in Marikina City received their PhilHealth accreditation, which now certifies them as healthcare facilities that can provide the Konsulta package.

Some 15 other health centers were also granted licenses to operate by the DOH and the City Health Office (CHO).

At present, Marikina is the first city in Metro Manila that has the most DOH-licensed to operate health centers, according to the local government.

Marikina City was among the 13 sites in Metro Manila where PhilHealth’s simultaneous Konsulta registration campaign was conducted.

Around 3,500 individuals participated in all 13 registration sites, said PhilHealth NCR.